FRA/FARMA Award for Associate Member of the Year 2020!

Open Retail Solutions has won Associate Member of the Year in a national award ceremony which celebrates the cream of the crop in the farm retail industry.

Open Retail Solutions was announced as one of the winners across seven categories in the prestigious awards organized by the Farm Retail Association (FRA) which was formed in 1979.

The Farm Retail Awards are the only awards to be judged by fellow farm retailers and celebrate the best farm shops, farm cafés and restaurants, farmers’ markets and trade suppliers in the country.

Chairman Rob Copley said: “What a terrific evening, celebrating the very best of farm retailers in the industry. The competition was tough, the calibre was high and to win one of the six awards is real accolade and testament to the gold-standard quality of the business.”

The award dinner was part of the annual industry conference at the Nottingham Belfry, which features a fresh line up of fantastic guest speakers who will deliver talks on Wednesday 4 March.

Paul Chamberlain who’s the Commercial Director of the Association of Convenience will explore key trends in food retail and Susan Hallam MBE will advise on how to build a social media audience.

The event will round off with a “Game Changer Workshop” by John Stanley – a leading retail specialist – who will share trends, ideas and solutions from his work around the world, tailored for a UK market.

This will be the first conference and award dinner to be organized by new managing agents Yorkshire Agricultural Society which took over the running of the association in the summer.

The FRA is open to thousands of independent retailers across the UK and offers its members support, training, workshops and open days. 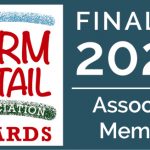 We have been shortlisted for a Farm Retail Association AwardButchers, Delicatessens, Farm Shops 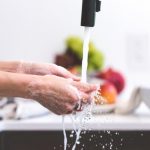